Stem Cells are Canada’s science. It was 60 years ago, in 1961, that Drs. James Till and Ernest McCulloch first identified hematopoietic stem cells in mouse bone marrow, at Princess Margaret Hospital in downtown Toronto. This new understanding of the existence of stem cells, that give rise to differentiated cells the building blocks of our body, changed the landscape of scientific discovery in Canada and around the world.

Leading Canadian scientists in the stem cell space joined forces and formed a new community of researchers in 2001. This new network was established to harness the potential of stem cells and regenerative medicine for the benefit of Canadian health.

The goal was to tackle several of the most pressing questions in the field, a task that could best be done by bringing the sharpest minds together. After a successful funding application to the federal government, the Stem Cell Network was incorporated on November 19, 2001 as part of the Network of Centres of Excellence Program.

The Stem Cell Network was the first network of its kind in the world. And over the past 20 years, SCN has grown to become one of the most respected stem cell and regenerative medicine research networks worldwide. 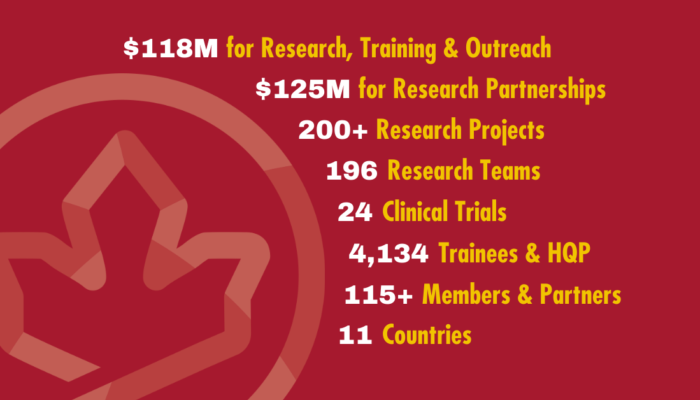 To celebrate these 20 years of achievement and discovery, the Stem Cell Network will be spending this year showcasing our talent, celebrating our milestones and applauding the success of the network and all its members.

For 20 years we have been powering research for better health with so much more to come.