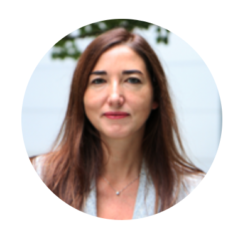 Dr. Maria Cristina Nostro is a Senior Scientist at the McEwen Stem Cell Institute at UHN, Associate Professor at the University of Toronto and holds the Harry Rosen Chair in Diabetes Regenerative Medicine Research.

Dr. Nostro completed her undergraduate degree in Biology at the University of Florence in 2000 and then received a Ph.D. in Biomolecular Sciences from The University of Manchester in 2004. The same year, she joined Dr. Gordon Keller’s laboratory at Mount Sinai School of Medicine in New York and in 2007 she relocated to Toronto. In 2012, she started her independent career at UHN. Her research is focused on the generation of functional pancreatic beta cells from human embryonic and induced pluripotent stem cells.

Her group has defined critical pathways leading to the efficient generation of stem cell-derived pancreatic progenitors in vitro and, through the use of a proteomics approach, identified a specific marker that allows the purification of these β cell progenitors. Since 2015, Dr. Nostro has been leading a multi-investigator team aimed at developing novel transplantation approaches for Type 1 Diabetes therapy.