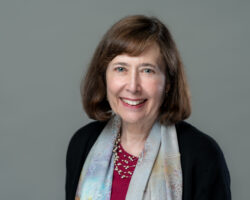 September 8, 2022 (Ottawa, ON) – Dr. Connie Eaves, University of British Columbia and Terry Fox Laboratory, will receive the Till and McCulloch Lifetime Achievement Award in recognition of her longstanding, pivotal contributions to the field of stem cell research, and her dedication to training the next generation of scientists.

Traditionally, the Till & McCulloch Award is presented annually by the Stem Cell Network (SCN) to a Canadian-based researcher who has made an exceptional contribution to global stem cell research in that year. This year, a special Lifetime Achievement Award will be presented to Dr. Eaves to celebrate the outstanding contributions made during her distinguished career. As a founding scientist of the Stem Cell Network, Dr. Eaves has contributed greatly to the Network through her research, training and mentoring of next generation scientists.

“I’m just so enormously grateful and proud to receive this recognition from a scientific group that are like an extended family,” said Dr. Eaves.

Reflecting on her career and on the Lifetime Achievement Award, Dr. Eaves shared this video message with the Network.

Spanning five decades, Dr. Eaves’ seminal work has advanced treatments for leukemia and breast cancers, and her pioneering research methodologies have become “gold standards” with significant applications worldwide. Throughout her career Dr. Eaves has demonstrated exceptional national and international leadership and has trained more than 100 scientists globally. She co-founded the Terry Fox Laboratory at the British Columbia Cancer Agency, was instrumental in the creation of the Stem Cell Network, and also held multiple senior roles in the National Cancer Institute of Canada, where she spearheaded the establishment of the Canadian Breast Cancer Research Alliance.

“It is an absolute honour to present the Till and McCulloch Lifetime Achievement Award to Dr. Eaves for her ground-breaking work in stem cell research,” said Dr. Michael Rudnicki, Scientific Director of the Stem Cell Network. “She is a true trailblazer and Canada is incredibly fortunate to have benefitted from her scientific contributions and leadership. Dr. Eaves’ support of the creation of SCN over 20 years ago was tremendously important in setting an ambitious vision for the Network. Today, SCN is a thriving national organization that is moving research into the clinic and the market. We are forever indebted to Dr. Eaves for the steadfast support she has shown to the community, the field, and trainees over her distinguished career.”

Dr. Eaves is a Fellow of the Royal Societies in the UK, Canada, and Edinburgh and an inductee to the Canadian Medical Hall of Fame. She was appointed to the Order of Canada in 2021 and received the 2021 Award for Outstanding Achievements in Cancer Research from the Canadian Cancer Research Alliance. Dr. Eaves was named a recipient of the 2019 Canada Gairdner Wightman Award and one of Chatelaine’s Women of the Year, and has received many other prestigious awards including the Noble and Chew-Wei Prizes for Cancer Research, the International CML Foundation Rowley Prize, and the American Society of Hematology’s Stratton Lifetime Achievement and E. Donnall Thomas Awards.

The Till and McCulloch Lifetime Achievement Award will be officially presented at the 2022 Till & McCulloch Meetings, which take place in-person at the Hyatt Regency, Vancouver, October 3-5, 2022. In accepting the award, Dr. Eaves will deliver the customary Till & McCulloch Lecture to over 500 delegates from across Canada and around the world.

About the Till & McCulloch Meetings
The Till & McCulloch Meetings (TMM) is Canada’s premier stem cell research and regenerative medicine conference, attracting attendees from across the country and internationally since 2012. Hosted by the Stem Cell Network, the conference brings together world-class scientists, post-graduate students, industry experts and legal and policy scholars who will share the latest research advances and techniques in the field. To register or learn more about the conference visit www.tillandmcculloch.ca.

About the Stem Cell Network
The Stem Cell Network (SCN) is a Canadian not-for-profit that supports stem cell and regenerative medicine research; training the next generation of highly qualified personnel; and knowledge mobilization and transfer of stem cell and regenerative medicine research. From the lab to the clinic, SCN’s goal is to power life-saving therapies and technologies through regenerative medicine research for the benefit of all. Created in 2001, with support from the Government of Canada, the Network has grown from a few dozen labs to more than 230 world-class research groups, supporting over 225 research projects and more than 25 clinical trials. Since its inception, over 20 biotech companies have been catalyzed or enhanced and more than 5,000 highly qualified personnel have been trained. In 2021, the Government of Canada demonstrated its continuing trust and support in SCN with an investment of $45 million for the 2022–2025 period.