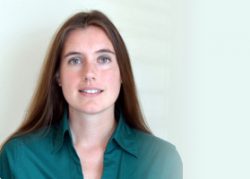 It may sound like science fiction, but Stephanie Willerth’s research at the University of Victoria is proving to be anything but. Dr. Willerth is one of the first researchers to harness Aspect Biosystems’ patented microfluidic-based 3D printer technology, which prints cells on demand using the material that surrounds them (bioink). By reprogramming a person’s adult cells back into their stem cell state, Dr. Willerth can use them to create living human neural tissue through Aspect Biosystems’ printing platform, taking that Vancouver-grown technology one step further. The printed tissue can be screened for potential drug candidates to treat that person’s disease—a new advance in the concept of personalized medicine.

Aspect Biosystems is already commercializing a process to print cells on demand using bioink, the material that surrounds the cells, on its patented microfluidic-based 3D printer technology. Now Dr. Willerth’s project will take that technology a step further. Her research has two goals: to determine a suitable and stable fibrin (a protein that plays a role in blood coagulation) bioink formulation for printing stem cell-derived neural cell progenitors; and to use the bioink to print neural tissues on Aspect Biosystem’s 3D bioprinting platform. Aspect Biosystems will provide support for protecting the intellectual property generated through this project and assist in its commercialization. The model can then be licensed to pharmaceutical companies to use for drug-screening applications.

Dr. Willerth is one of a new generation of stem cell researchers in Canada — she is a Canada Research Chair and a Young Innovator in Molecular and Cellular Bioengineering. Aspect Biosystems was recognized as the “Most Promising Startup” at the BC Tech Association’s 2016 Technology Impact Awards.

Dr. Willerth’s project is part of The 2016-18 Impact Research Agreement Program, which has provided $1.54M for 17 projects that span clinical translation, commercialization and public policy. A total of 27 investigators (17 Principal Investigators and 10 Co-Investigators) at 15 research institutions have benefitted, and more than 60 trainees have been engaged.