Neurological diseases and disorders affect the brain, the spinal cord, and nerves that form an intricate and complex network. These conditions are often difficult to treat, not only because of the risks associated with treatments and surgeries, but in some cases because the underlying causes are poorly understood despite advances in medical research. Neurological disorders are estimated to affect 10% of Canadians and cost the Canadian economy $9 billion annually.

Stem Cell Network researchers are working to tackle these issues by studying neural biology and neural stem cells to better understand and better treat neurological conditions such as multiple sclerosis (MS), Parkinson’s disease, epilepsy, Alzheimer’s disease and stroke. Others are working on creating laboratory-scale models of tissues that will help research teams better understand disease, degeneration, and injury, and plan a course for future research. From 2019-2025, SCN is has committed over $2 million in funding in innovative neural research and clinical trials. 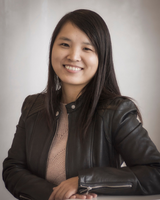 Neurological disorders such as epilepsy, autism, schizophrenia, and Alzheimer’s disease are associated with degeneration or disruption of neuron cells in the brain and spinal cord. As the brain matures, the ability to generate new neurons is lost except for in one specific area of the brain (called the hippocampal neurogenic niche, or HNN). Dr. Li and collaborators are using their expertise in human stem cells, genome editing, and 3D models to create a lab-scale version of the HNN. The next step will be to study the impact of epilepsy on the model which will allow the team to better understand how epilepsy affects different areas of the brain. Future work will allow researchers to study the effect of other disorders and diseases and potentially lead to new treatments for many different neurological conditions.

“This research project aims to create the first lab-scale model of a specialized area of the brain that has the potential to repair the damage caused by neurological disorders and diseases. Our work will generate a significant long-term resource to study the mechanisms and therapeutic strategies of a broad spectrum of neurological conditions.” – Dr. Yun Li 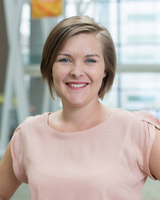 Ependymal cells are cells that form the barrier between brain tissue and the surrounding fluid. Recent research has found that degeneration of ependymal cells contributes to Alzheimer’s disease and MS. To date, there is no reliable method for generating these types of stem cells in a research lab environment, and that is exactly what Dr. Jo Stratton and her team have set out to accomplish. Dr. Stratton aims to develop new ways to grow and study the human ependymal cells in the lab. The team will then use this laboratory model to better understand brain disease and test new treatments for Alzheimer’s disease and MS.

“With SCN funding, we will provide the first-ever report describing the development, from human induced pluripotent stem cells, of the most understudied glia cell type in the brain – the ependymal cell.  We will use this innovation to answer fundamental questions about human ependymal cell biology during development, adulthood, and disease, paving the way to better understand how neurological diseases develop and the discovery of new treatments.” – Dr. Jo Stratton 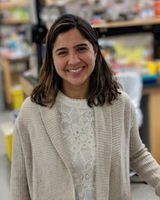 Repurposing the brain’s own cells to treat MS

Nerve fibres found in the brain and spinal cord are coated in a protective protein and fatty substance called myelin, which helps electrical signals travel quickly through nerve cells in the body. In diseases such as multiple sclerosis (MS), the cells that make myelin (oligodendrocytes) die and other cell types activate (astrocytes) and make the damage worse. Dr. Faiz and her team are working to develop a new way to transform astrocytes into oligodendrocytes. This work would aim to rebuild the protective myelin layer around the brain and spinal cord and prevent the negative effects of astrocyte activation. The team anticipates that this strategy will lead to new treatments for neurological diseases such as MS.

“Our work funded by the Stem Cell Network is relevant to the treatment of many neurological diseases as different cell types die or are activated in different diseases. We will be performing pivotal experiments that are important for demonstrating the feasibility and therapeutic potential of reprogramming brain cells to encourage repair. This will support the foundation of a new company with the goal of generating new therapeutics to reduce the impacts of demyelinating disease. – Dr. Maryam Faiz 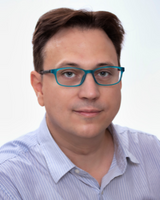 Dr. Julien Muffat is working towards treatments for MS, where cells called oligodendrocytes are damaged resulting in the loss of the protective layer around nerve cells. Dr. Muffat has identified a type of immune cell called macrophages which may contribute to clearing out debris in the brain and smoothing the path for repair by oligodendrocytes. His research is focussed on transplanting these two cell types (macrophages + oligodendrocytes) together into diseased areas of the brain. Using a lab-scale model of the brain, Dr. Muffat and his team will study the interaction between different cell types and test this new therapeutic strategy with the hope of developing new treatments for MS.

“If, as we predict, immune cells can help sheath cells restore nerve integrity, this will pave the way for rapid application to patients, finding drugs that further improve this process, or using the patient’s own cells to restore function. Our findings are likely to be highly translatable, from drug screening to first-in-human clinical trials.” – Dr. Julien Muffat 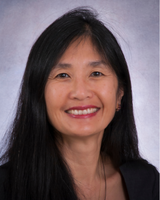 Stem cell approaches for children and young adults with MS

Dr. Yeh and her team have discovered that a widely used and safe drug called metformin has the potential to prompt stem cells in the brain to make new oligodendrocytes, a cell type that can help repair the damage from diseases such as multiple sclerosis. Dr. Ann Yeh has brought together co-investigators from across the country in this collaborative project and the team will work together to test metformin in pre-clinical models of multiple sclerosis. The team hopes to carry forward the most promising treatment into a Phase I clinical trial in children and young adults with MS, where early intervention has the highest potential for impact.

“Our SCN-funded research project will establish whether treatment with metformin is a valid approach for brain regeneration and may lead to a future clinical therapy for demyelinating disorders such as multiple sclerosis.”   – Dr. Ann Yeh 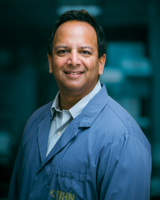 Dr. Karun Singh’s research is tackling neurological disorders associated with missing sections of DNA, including epilepsy, schizophrenia, autism spectrum disorder, and other neurodevelopmental disorders (NDDs). Dr. Singh’s team is developing on an innovative gene therapy that has the potential to repair missing or damaged DNA. A lab-scale brain model will be used to study genetic changes and test new gene therapies as potential treatments for NDDs.

“This project will test gene therapy as a possible regenerative therapy for neurodevelopmental disorders caused by genetic deletions, and will pave a path forward to restoring neural connections in other developmental diseases of the neural system.” – Dr. Karun Singh 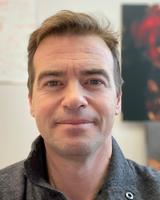 Parkinson’s disease, a chronic and devastating neurodegenerative disease, is characterized by the buildup of toxic proteins in the brain which, in turn, causes brain cells to stop functioning or die. Cell replacement therapy has the potential to introduce new, healthy neurons to the brain, and this is the focus of Dr. Lévesque’s research team. Using their expertise in cell transplantation and Parkinson’s disease, the team is helping healthy transplanted neurons to survive by clearing out the toxic proteins, beginning by testing this approach using lab-scale models. If successful, this research will represent a major milestone in the treatment of Parkinson’s disease.

“Following successful results, we plan to move our research towards clinical trials. While there are multiple steps to reach that goal, we are already collaborating with clinicians and international experts in clinical trials for Parkinson’s disease. We believe that our research has high translational potential and could have a strong impact on the development of a disease modifying therapy for patients suffering from Parkinson’s disease in Canada and worldwide.” – Dr. Martin Lévesque 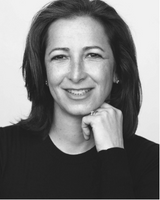 Regenerating the brain after stroke

Strokes cause a disruption of blood flow to the brain, resulting in devastating functional damage. Unless intervention happens within the first few hours of a stroke, there are very few treatment options for patients other than rehabilitation therapy. Dr. Shoichet and co-investigators Dr. Cindi Morshead and Dr. Andras Nagy are developing new treatments for stroke patients, including the development of a new drug that will break down the scar tissue following a stroke, and using stem cells to replace lost neuron cells. The drug and neuron cells are mixed together with a special gel-like material for transplantation into the brain. The team will be testing these approaches in lab-scale models, and if successful, will move towards future clinical trials.

“With stroke being the 3rd leading cause of disability worldwide, the health and economic burdens are enormous. For stroke patients, there are currently no therapeutics available that can reverse the functional impairments. To achieve success in this complex problem of regenerating the brain, we have assembled a world-renowned team of experts in bioengineering, neural stem cell biology, and neurosurgery, and together we will work towards developing better treatment strategies for stroke patients.”  – Dr. Molly Shoichet