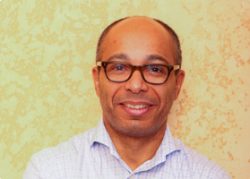 About one third of premature babies have underdeveloped lungs, which can lead to several life-threatening conditions and poor quality of life. High blood pressure (also called pulmonary hypertension) in these incredibly small lungs is a major complication that doubles the risk of death in these young patients. There are currently no treatments to make these tiny lungs grow bigger or to lower the high blood pressure. Dr. Bernard Thébaud at The Ottawa Hospital wants to change that.

Funded by SCN since 2007, the Thébaud lab was the first to show that immature versions of the cells — a type of stem cell — that lines blood vessels can help more blood vessels form in the lung, thereby increasing lung size and lowering blood pressure.

There are many important questions to answer about how and why this works so that the process can be adapted as a possible therapy. With the help of a Stem Cell Network Clinical Accelerator Impact grant, the Thébaud lab will test their current hypothesis that these cells, known as endothelial colony forming cells, or ECFCs, primarily work by releasing signals that instruct new vessels to grow, rather than actually forming new blood vessels themselves directly. This information will help determine the best path for the development of future therapies.

Another important part of their investigation will include testing effective production and scale-up of the cells. One source of cells they have been working with comes from donated umbilical cord, but the team has also partnered with another group to test ECFCs produced from less limited induced pluripotent stem cells. These stem cells can make more than a trillion blood vessel cells in three months, which could provide the scale needed to implement this in a clinical setting.

This work will bring Thébaud closer to his larger goal: giving premature babies better overall health outcomes. It could also benefit other Canadians and patients around the world that suffer from diseases with low blood supply such as heart attack, stroke, or preeclampsia.

Bernard Thébaud’s project is part of the 2018-19 Impact Research Agreement Program which provided $1. 4M for 14 national projects that span clinical translation, commercialization and public policy. A total of 59 investigators (20 Principal Investigators and 39 Collaborators) at 18 institutions and 54+ trainees are engaged.

Watch a Twitter live interview with Bernard Thébaud on his research.