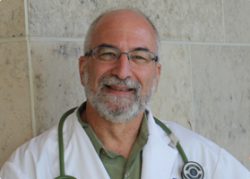 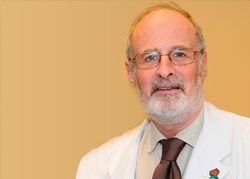 Liver transplants save lives, plain and simple. But they also sentence recipients to a lifetime of immune-suppressive drugs, to prevent the body from rejecting the foreign addition. These drugs mean greater susceptibility to a range of illnesses, including diabetes, cardiovascular disease, cancer, infection and kidney disease, such that the newly saved life may also be shorter. And that’s assuming the transplant works, that the body doesn’t reject it outright.

There may be another way, however — one that uses the patient’s own stem cells to reeducate the immune systems to accept the new liver, making rejection unlikely and immune-suppressive medications unnecessary. The idea is to harvest stem cells from a patient’s blood, use chemotherapy to wipe out the patient’s immune system, and then implant the stem cells to grow a new immune system that will accept the transplanted liver. The project is an extension of earlier research by The Ottawa Hospital’s Dr. Harold Atkins that found the same process could help patients with multiple sclerosis by stopping the progression of the disease.

Dr. Atkins is now partnering with Dr. Gary Levy of the University Health Network in a trial of the new application, called the ASCOTT trial, that will involve 10 patients. If successful, it will revolutionize the field of solid organ transplantation and may even become a treatment that can reduce the need for such transplantation.

Drs. Atkins and Levy’s research project is part of  The 2016 Clinical Trials Program which allocated $4.214M for 6 trials. A total of 38 investigators (6 Principal Investigators and 32 Co-Investigators) at 12 institutions and 50 trainees will be engaged in these trials, which will determine the safety and efficacy of new stem cell treatments in humans. This marked the first time in SCN’s history that it has offered direct support for clinical trials. This program supports phase I/II trials with the potential to be economically viable for health care systems and show a benefit to patients. Funded trials focus on a spectrum of health issues including treating fatal illnesses such as septic shock, evaluating a stem cell therapy for diabetes, and expanding stem cells from cord blood for efficacious and cost-effective transplantation. Researchers are also working in the areas of acute myocardial infarction, liver transplantation and type 1 diabetes.