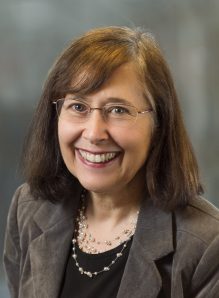 Volumes could be written about the scientific achievements of Dr. Connie Eaves. Her contributions to the understanding of blood and breast cancer are extensive and the knowledge she generated permeates current research and developing therapies around the globe. Her accolades include major prizes such as induction into the Canadian Medical Hall of Fame and, most recently, the Canada Gairdner Wightman Award. A closer look at the Gairdner award reveals that it was conferred not only for scientific excellence, but also for Eaves’ “dedicated advocacy for early-career investigators and women in science.”

This special notation is hardly surprising to anyone who knows Eaves. As one of the Stem Cell Network’s most longstanding members and its former Deputy Scientific Director, Eaves places training at the forefront of every strategic planning discussion she participates in. She has done more than just forge a path for women in science, she goes a step further and speaks for all those who typically don’t have a place at the table. It was also Eaves who brought trainee talks to the plenary stage at the annual Till & McCulloch Meetings. These advocacy efforts contributed greatly to the development of SCN’s robust training platforms.

Over the course of her career, Eaves has trained and mentored more than 100 graduate and postgraduate students, many of whom now work in senior leadership positions around the globe, and who follow Eaves’ trailblazing examples through advocacy and support efforts of their own.

“What I find absolutely endearing about Connie is how she strikes a balance between actively supporting women in science while treating all her trainees fairly. She helped me develop into a critical thinker and continues to empower me to be a fearless strong advocate for women in science.” – Dr. Sneha Balani, Associate Product Manager, STEMCELL Technologies Inc.

“During my PhD, Connie had the uncanny ability of knowing when I needed a boost and when I needed knocking down a peg (or two!). Despite being incredibly busy, she always made time for us and made an incredible learning environment sheltered from the rat race of academic science.” – Dr. David Kent, Cambridge Stem Cell Institute, University of Cambridge