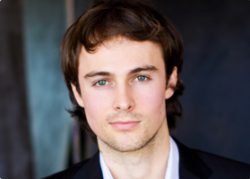 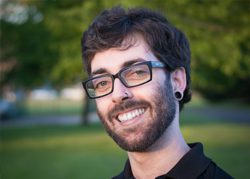 Retinal degeneration affects half a million people in Canada and vision loss has the highest direct healthcare cost of any disease group. This cost averages $33,000 per patient per year, while the annual global cost of age-related macular degeneration is nearly US$400B. The issue has captured the interest of two young investigators at the University of British Columbia.

SCN’s funding is described by Chris Laver & Corey Kelly as “the linchpin in the therapeutic development and commercialization of novel technologies.”

Dr. Christopher Laver specializes in ocular tissue engineering while Corey Kelly works at the crossroads of biophysics, software engineering and bioengineering. Their partnership has led to the creation of VisuCyte Therapeutics Inc. through UBC’s Entrepreneurship Program. VCT Inc. is developing technology that helps regenerate co-dependant layers of retina in order to improve the treatment of retinal degenerative diseases. In 2016, SCN awarded $100,000 to further the development of VCT Inc.’s biotechnology. The project has since expanded to include three Canadian universities, five principal investigators and five trainees.

As two of SCN’s early career investigators, Laver and Kelly exemplify how scientific collaborations can translate discoveries into meaningful applications. They are also a striking example of how the next generation are focused on innovation and commercialization. The combined entrepreneurial and scientific spirit that Laver and Kelly put forward will, in time, benefit those living with debilitating eye diseases.