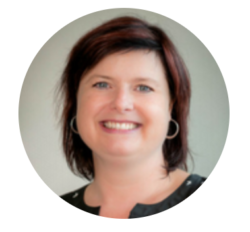 Julie Fradette (PhD) is Professor at Université Laval, department of Surgery, faculty of Medicine. She is a researcher at the Centre de recherche en organogénèse expérimentale (LOEX), at the CHU de Québec-Université Laval research center since 2005. She is a stem cell (epithelial and mesenchymal) and tissue-engineering expert focusing on human adipose-derived stem/stromal cells (ASCs) and their use in regenerative medicine. Her research program covers various aspects of basic science and translational research, in collaboration with clinicians, engineers and other biomedical scientists. Her most significant contributions are related to increased knowledge of stem cell behavior applied to the development of tissue-engineered substitutes mimicking specific microenvironments for various biological systems: namely adipose tissue, skin and more recently bone.

During her graduate studies (L. Germain lab, U. Laval), she studied skin epithelial stem cells for the improvement of skin substitutes. She demonstrated that Keratin 19 (K19), a marker of epithelial skin stem cells, influences the intermediate filament network to favor the preservation of a stemcell like character. Her postdoctoral training at the University of Pittsburgh established that HSV (herpes simplex virus 1)-based viral vectors can be used to genetically modify adipose cells (precursors/ASCs and differentiated adipocytes) from human and rodent adipose tissues. Animal studies demonstrated the potential of adipose tissue as a target organ for the production of therapeutic molecules. Her work as an independent researcher is now recognized internationally for its unique scaffold-free reconstruction technique based on ASCs that lead to pioneering studies. Among others, in Vermette et al. Biomaterials 2007 (cited 154 times) her team demonstrated that adipose tissue is an excellent source of ASCs for the reconstruction of human tissues devoid of exogenous or synthetic biomaterials (self-assembly approach). This study has been the first to describe the engineering of connective (undifferentiated ASCs) and adipose tissues (adipogenic differentiated ASCs) containing functional adipocytes using this approach. In the study by Trottier et al. Stem cells 2008 (177 citations), she described the first reconstruction of an entirely human trilayer skin containing an epidermis, a dermis and a hypodermis (subcutaneous fat layer). Dr. Fradette also developed strategies to further enhance these tissues by including a microvascularization component (in vitro-formed capillary networks) and by using culture conditions (serum-free or xenogen-free) ensuring these substitutes would be safe and functional once implanted in vivo. Her team currently performs a number of preclinical studies to evaluate the efficacy of these engineered tissues to promote the healing of skin wounds (diabetic and radiation wounds).

She is frequently invited as a guest speaker (54 events including 20 international venues). Throughout her career, her research has been supported by the major funding agencies (CIHR, NSERC, CFI), as well as provincial organizations (FRQS, ThéCell, Fondation du CHU de Québec-U. Laval), totalling $1.3 M since 2011. She is/has been the director/codirector of 35 trainees, 18 graduates students, 2 postdoctoral fellows and 6 research professionals. She authored 35 peerreviewed publications as well as 17 book chapters and reviews. A patent has been granted in Europe.