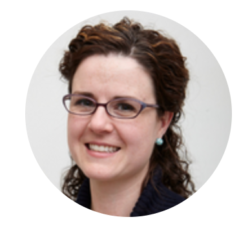 Dr. Cheryle Séguin obtained her BSc (1999) and MSc (2001, Dept of Anatomy and Cell Biology) from The University of Western Ontario and her PhD in the area of cell biology and tissue engineering from the University of Toronto (2005, Dept of Laboratory Medicine and Pathobiology).

Following this, Dr. Séguin became a postdoctoral fellow under the supervision of Dr. Janet Rossant at the SickKids Hospital, working in the field of early mammalian development and stem cell biology. While at SickKids Hospital, Dr. Séguin assumed the role of Interim Manager and helped establish the Ontario Human Induced Pluripotent Stem Cell (iPSC) Facility, an endeavour funded by the Ontario Ministry of Innovation.

In 2009, Dr. Séguin was recruited to the Department of Physiology and Pharmacology at The University of Western Ontario. Dr Séguin’s has been recognized by the Canadian Arthritis Network Scholar Award (2009-2013) and the CIHR New Investigator Award (2014-2019).

Research in the Séguin lab is focused on understanding the pathways that regulate the fate and function of cells, with a particular emphasis on the intervertebral disc and spine pathologies.